Bulk Density - an overlooked part of a resource calculation

I touched on this as part of my series of posts on the Hermosa project, and I wanted to expand.

Companies spend a lot of time calculating the grade and the volume, but as we saw with Taylor deposit there have been a few cock-ups cause by not getting the actually density of the different rock that contains the metals you want.

Bulk Density is also specific gravity - this is the mass of a rock within a certain volume and is normally expressed as grams per cubic centimeter or tonnes per cubic meter.

For reference water has an SG of 1 which means:

The SG value for a rock if affected by porosity (microscopic spaces between the grains), fracturing (faulting), weathering (removing minerals or altering them into 'lighter' clay minerals).

Why is this an issue? Here are a series of long sections from Galway's Estrades project in Canada. These images came from the November 2006 Technical reported prepared by Scott Wilson RPA for Cogitore Resources Inc.

Here are a series of long sections showing the distribution of each major economic element (there are sections for gold and silver but they constitute a very small part of the rock and won't impact the bulk destiny by any significant amount). 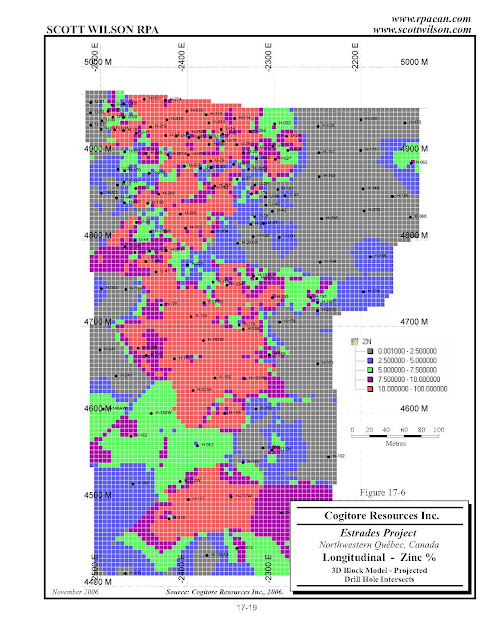 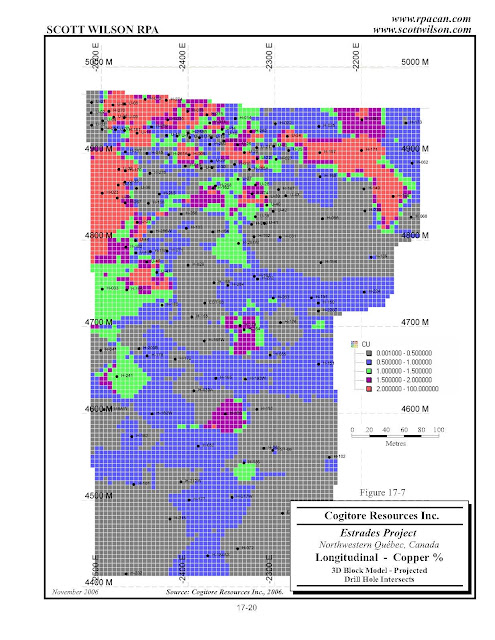 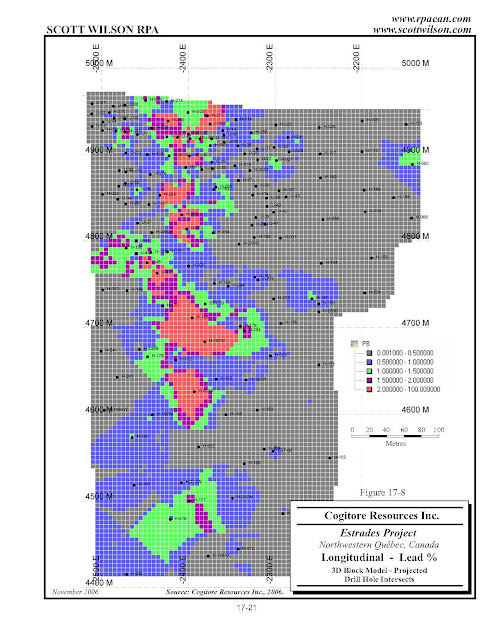 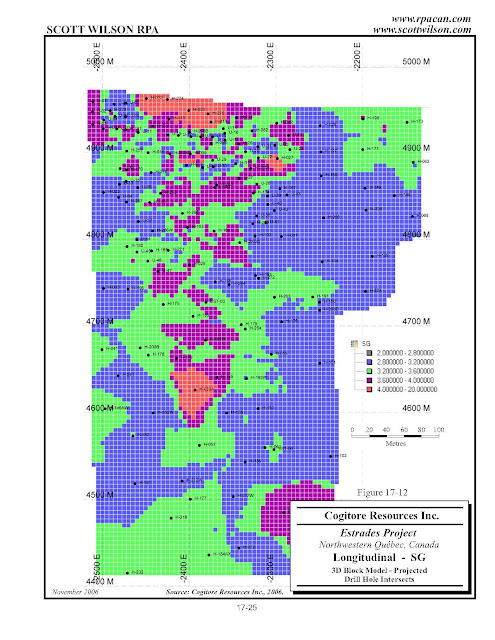 Here is an annotated version where I have drawn on (badly) the >1% Pb, Zn and Cu grade contours. 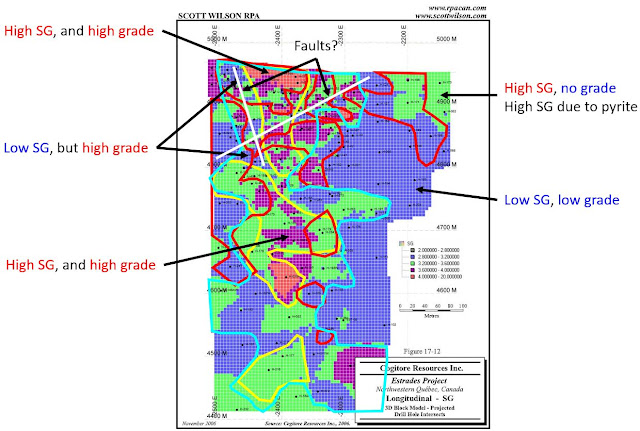 You can see that in general there is a reasonable correlation between grade (total sulfide content) and SG, but it isn't perfect. We can see that the Bulk Density (SG) varies from less than 2 g/cm3 (blue) >4 g/cm3 (a 100% difference). So you can see the problems that could be caused if you use a single bulk density value for a rock type or ore zone, or use an arbitrary values.

Most companies have adopted the "take lots of samples" approach as collected bulk density measurements is cheap and quick and will allow you to accurately model the changes in the bulk density within a deposit.

However, if you see a company using single or average bulk density values (or mathematical formulas) in their resource calculations, it should make you stop and think for a moment as there have been some major and costly failures where companies haven't used the correct SG value.

One interesting technical question to ask - specifically directed towards Hermosa - is what is the correlation between sulfur assays and bulk density?

Posted by The Angry Geologist at 10:36 AM