After Alexco released their resources for the Bermingham drilling I decided to go back and see what my Leapfrog Model gave as an officially bad resource. 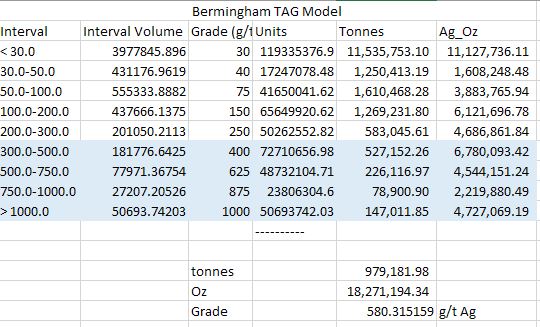 I used a 300 g/t cut-off (the blue cells) and we came close to the official indicated resource numbers (link).

My question is this - do you want me to include my officially bad calculations in my posts?

I've been holding back (as I'm mean) as I often want to check them against the official numbers first to check that the assumptions I'm using are close to those being used by the professionals.

Posted by The Angry Geologist at 5:55 PM