Just a quick update, a couple of weeks ago some additional assays were released by Regulus from Antakori (link).


I've brought in the new data into 3D and run it through Corebox's Drill Hole Interval calculator, and built a 3D model, that you can download it from here (link - note: it is 63MB in size). I want to see how the Cu, As and As are related.


DISCLOSURE: I have used the assay information from Table 2 as it includes assays for Ag, Zn and As. Its intervals are slightly different to Table 1, from where the press release headline was is referencing, so there will be slight differences.

We can see that all the 2017 drill-holes have come from around the SW margin of Regulus' concessions. When we overlay this information onto a satellite image we can clearly see that the drilling by Coimolache is focused on drilling the extensions of the High-Sulfidation (HS) epithermal mineralization that they are currently mining.

Results are focused along the SW margin of the Antakori concessions, it looks like Coimolache are focusing on drilling the extensions of mineralization currently being mined.

Here are a series of sections from the latest results. 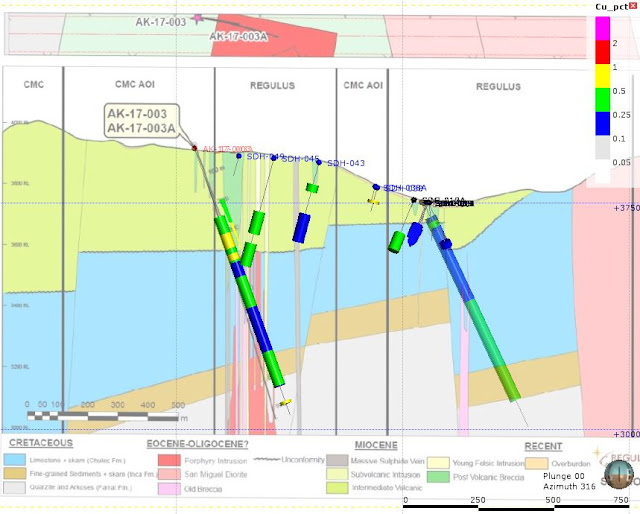 We can see that the highest copper grades (>0.25%) appear to be found at the contact between the HS-epithermal (in the Light-green Upper Volcanics) and the skarn mineralization (in the Light Blue limestones), and are the discrete >0.25% Cu zones restricted to the narrow, intrusive dykes (pink and red units)? 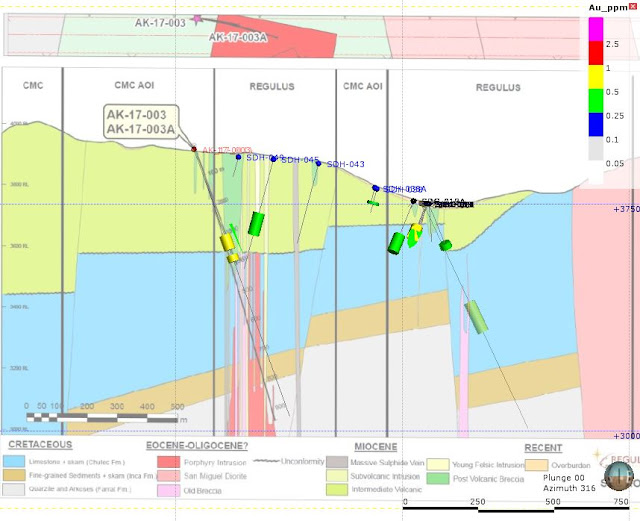 It appears that all the gold mineralization is found in the upper HS-epithermal zone. Minimal gold appears to be found in the intrusive rocks). 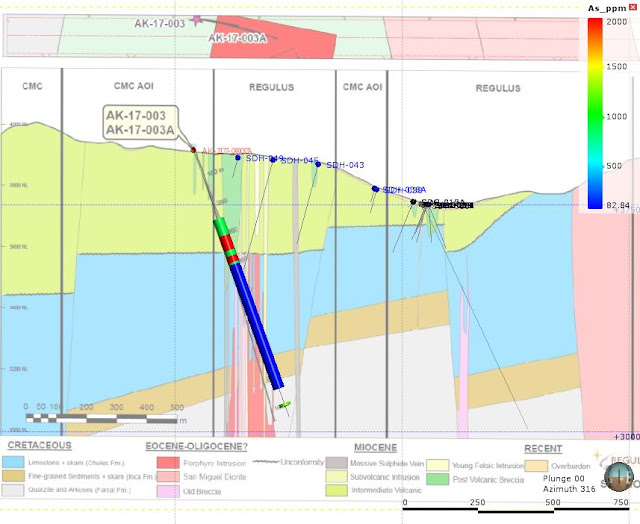 Here we see As is restricted to the upper HS-epithermal zone with minimal As in the Skarn. 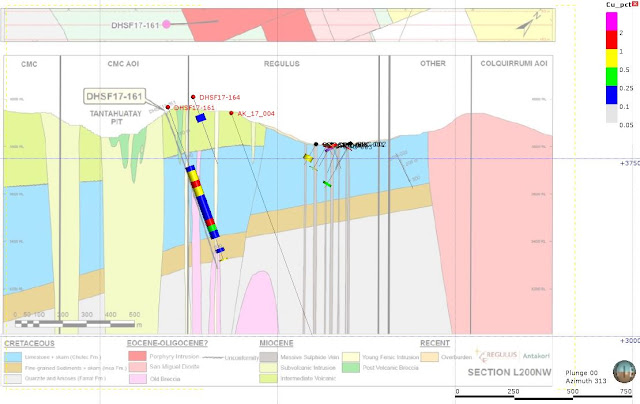 Again, Cu is restricted to the Skarn (limestones). It is generally low grade, around 0.1 to 0.25% Cu, but there are a couple of narrow, high-grade (>1%) zones that appear to be associated with either the old breccias or narrow Young Felsic units. In the NE, several short holes have intersected narrow Cu-Au mineralization associated with narrow, massive sulfide veins. 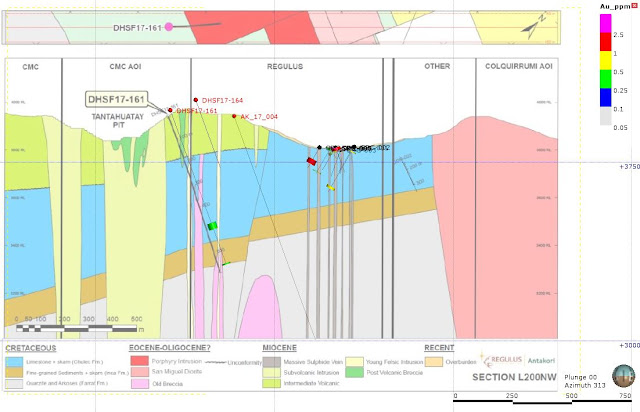 Minimal gold was intersected by hole 17-161, this hole didn't intersect HS-style mineralization within the AK concessions. It will be interesting to see how much HS-mineralization will be hit by hole  AK_17_004. 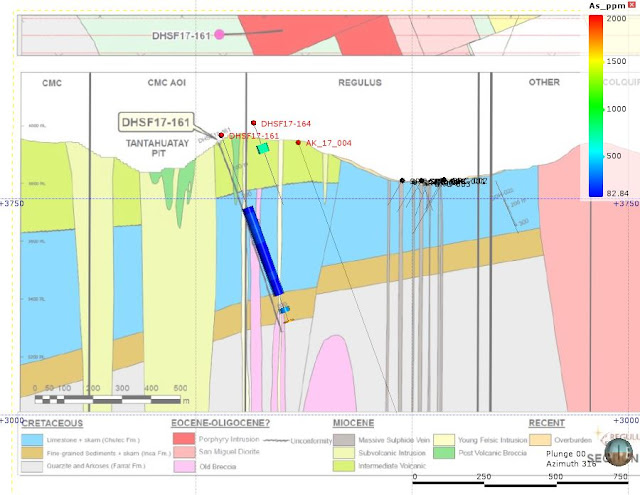 Again, minimal As is found within the skarn units.

So you can see that the Cu grades are gradually decreasing to the SE, and the elevated zinc assays seems to indicate that hole 17_161 was drilled into the peripheral part of the large Antakori skarn system, suggesting that the high-grade core is probably located to the NW.

Posted by The Angry Geologist at 3:26 PM