The height of a fridge, or Tom Cruise

That is the thickness of the New Central Zone (link) according to a nice clarification PR released last Thursday and still hasn't managed to make it to their website.

We got depths, thicknesses, and coordinates, but no map, or any trace of any news from any of the 18 drill-holes (hole 23-40) that must have been drilled between holes EL-18-22 (results released on the 24th Sept (link) and the new zone discovered by EL-18-41 (link)

However, they included some hole info for EL-18-41 so we can see where it is, and you can get the 3D viewer file from here (link)

Correction - I made a mistake in the original viewer file, I put the massive sulfide zone at the bottom of the lower disseminated zone not the upper one. The updated viewer file is here (link). Not much changes. 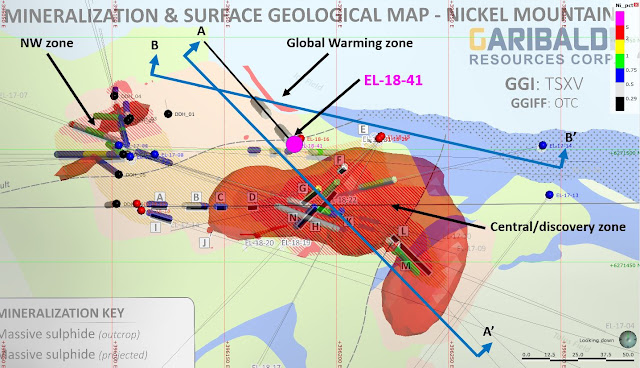 OMG!!!!!!!! To the shock of no-one, it's located where every other hole has been drilled.I'm guessing they used that cunning geologist trick "let's just turn the rig around and start drilling in the opposite direction"

I jest, the hole was drilled below a new zone of massive sulfide mineralization exposed by the retreating ice field (I've called it the Global Warming zone, and it is a much cooler name than "New Central Zone").

Here is a nice cross-section 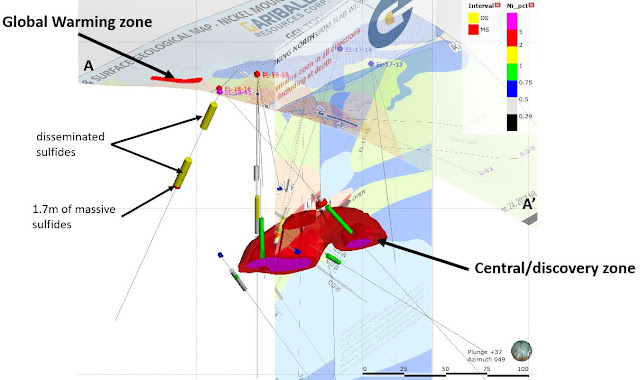 You can see that hole 41 hit the massive sulfide almost vertically below the surface outcrop. If this is the case the true width could be a little as 0.5m. Another section 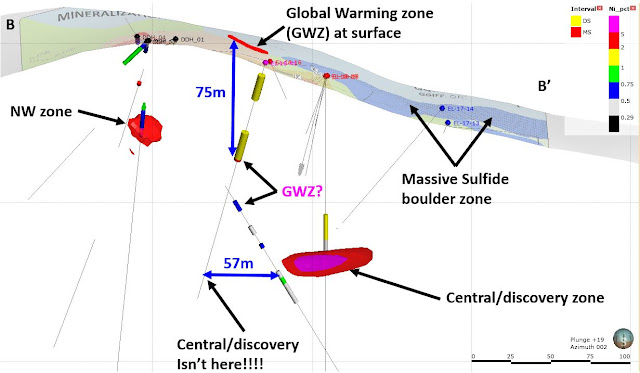 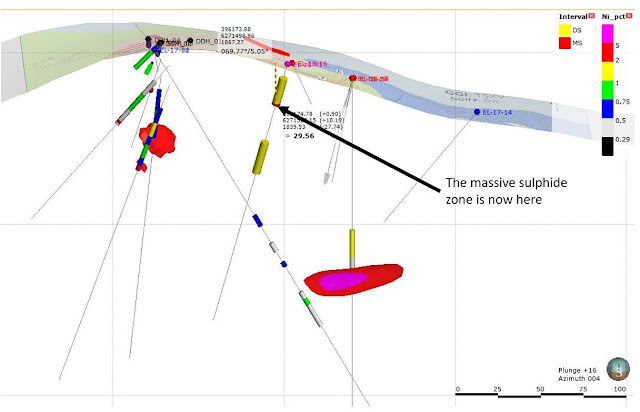 The corrected section doesn't change much. The new zone is still narrow, but now 30m rather than 75m below surface, but not exactly open-pitable.

This is quite a busy section, but note:
To reiterate a point, GGI were very quick at rushing out a PR based on visual observation of the core from hole 41, yet we've heard nothing, not even a mention of anything from holes 23 to 40, why? They are obviously a lot worse than hole 41 and must be shite.
Posted by The Angry Geologist at 10:54 PM