I have to admit, I don't like Platosa, I think it is crap. A deposit where too much money has been spent, it hasn't ever consistently been profitable, but people keep getting fixated on the grades and ignore everything else.

Excellon have trying to get Platosa to work for the best part of a decade. They've had problems with the unions, local communities, and water.

However, for me, the deposit's biggest Achilles heel is its size. Earlier this year we got the latest and greatest resources (link).

What is the correct word to describe them....

But unfortunately, with less boobs. Here they are....

Here are the resources from December 2014 (link).

Do you see how the M&I resource grades have plummeted from 2014 to 2018. I'm sure this is because the deposit has been mined very carefully and 3 1/2 years of very successful, profitable high-grade mining of a complicated deposit has taken its toll, but...... 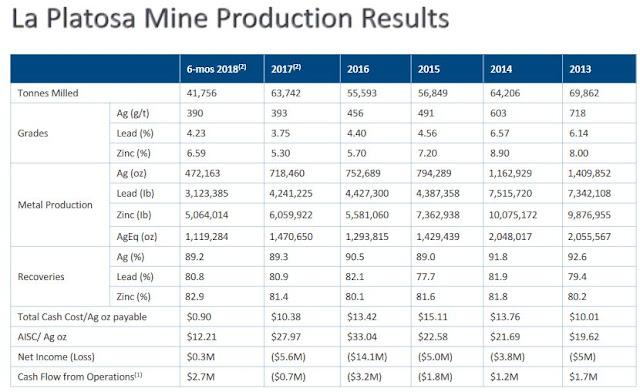 Ohhh, the production grades have been nowhere near the resource grades. The started off great, and then went on holiday.

But for me, these are the funniest statistics

Here it is visually (just for the mine area)

Or to put it another way. Excellon have mined and defined:

If we compare that with Silvercrest's Las Chispas project we see:
I'm being crude as Las Chispas is all inferred resources, but this is the reason I think that Platosa is crap and why I have shares in Silvercrest. Platosa is too fecking hard.

Posted by The Angry Geologist at 4:47 PM