Pretium - coming back to Brucejack

I've ignored Brucejack for ages, but why don't we return to an old favorite.

Since I last put out a post we've had 3 quarters of production and a new resource calculation.

Why don't we compare the Reserves and resources for Valley of the Kings (VoK)*. 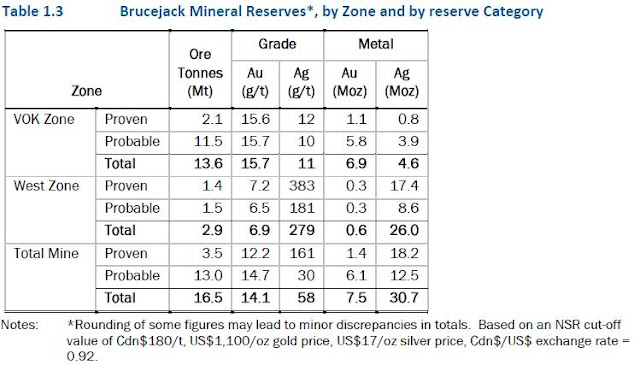 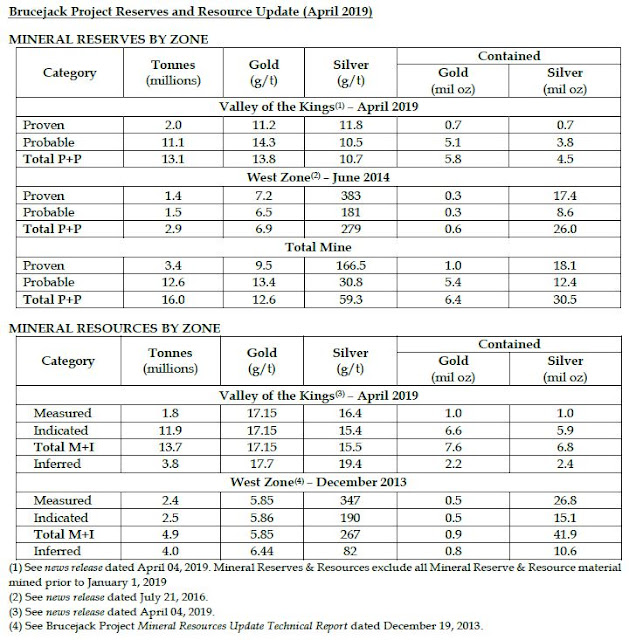 *the West Zone resources hasn't been updated and isn't the current focus for production.

There are some slight differences

Reserves stayed about the same, M&I resources dropped by 10%, which is isn't much when you see that they mined >1.5Mt of ore (to end of 2018) since the 2013 Feasibility Study. However, we do see a big drop in inferred resources.


This is where things get slightly less polite. 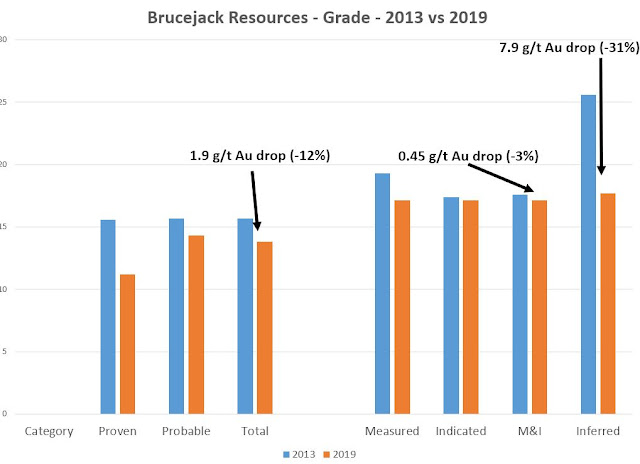 We see a moderate drop in head grade for the Reserves, a slight decrease for M&I resources, but a big drop in inferred grades.

These changes in tonnes and grade have had a big impact on the contained gold. 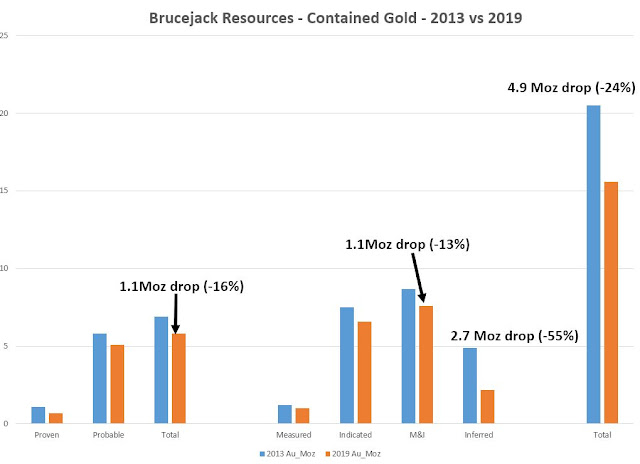 Even is we take into account that the mine produced ~0.5M oz in 2017 and 2018, that is a massive decrease in resources, they have lost nearly a quarter of the contained gold at Valley of the Kings.

The question is - is the deposit intrinsically hard to model accurately (yes) or was the 2013 model overly optimistic (yes) and didn't fully understand the control and distribution of the gold.

So why don't we have a look at the wreckage... 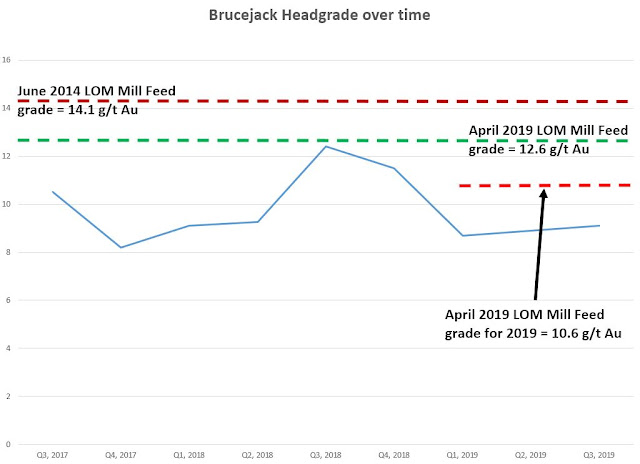 From their pessimistic production outlook (slashing production by ~60Koz), we can have a go at estimating the Q4 numbers.

We can calculate the planned Q4 production


We can try and calculate the average head-grade

Even if Pretium hit the upper end of the estimated production, the grade only increases to 9.1 g/t Au.

The mine is very productive and highly profitable, but it is still under performing, by 10-15%, its new and improved feasibility study, that dropped the grades significantly. What is interesting for me is that since commercial production began, the mine head-grade has sat stubbornly around 9 g/t Au. Is this the 'real' grade of the deposit?

One observation I had in an earlier post was that I was concerned that as the mill was expanded, we would see a drop in head grade. 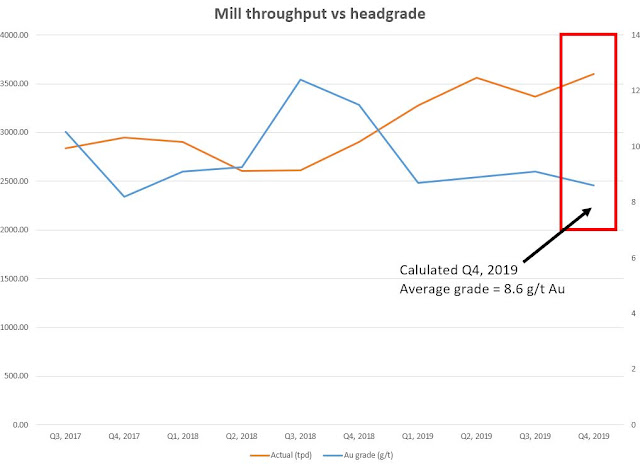 There is a trend suggesting that, but I think it is a bit too early to tell.

I know this post is a bit negative, but the mine has consistently failed to meet expectations, I know that I will receive a lot of posts saying that the share price is up, but the rise in gold to US$1500/ounce has helped to mask some issues with the mine. 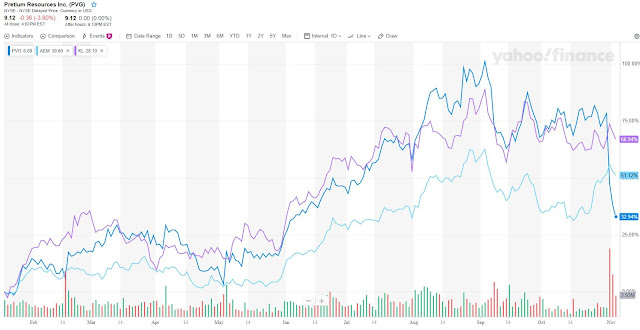 It is still a fantastic mine, and I'm sure that once the issues are resolved, or at least understood, an if gold price keeps creeping up, I would expect a major company to look very hard at buying Pretium.

Posted by The Angry Geologist at 4:30 PM