Lupaka - a blast from the past

fuck me, that sounds great (link), but it is bullshit.

They aren't lying directly to you, they've just resurrected one of those old favorite sleights of hand (ECU Silver were famous for doing this) by trying to impress you by misrepresenting the size of their penes mineralization by using the strike length rather than width.

Here is an annotated doodle from the map accompanying the PR 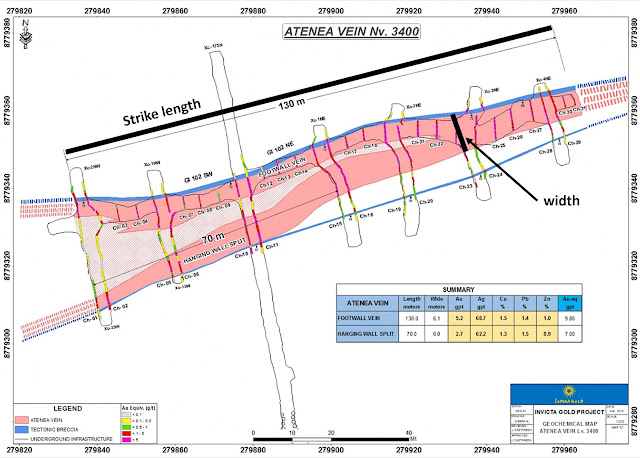 I do like the fact that much more sampling has come from the Footwall vein, there is a sample every 5m (give or take), but only every 20m on the hanging-wall vein. I wonder which is better?

Even better is the way that they generously decided to include some of the HW assays (e.g. samples CH_16, 19 and 20) into the FW zone so that they could 'improve' its grade.

So now it is my turn to do some bad math: 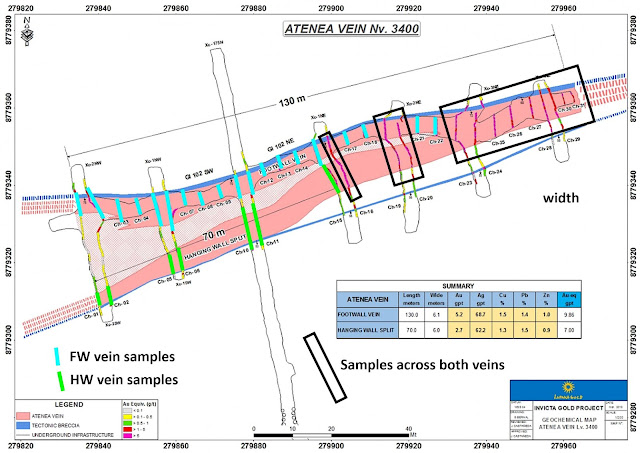 I split out the assays by sample location (FW, HW and Combined)


Not to shabby, but definitely not what was advertised on the tin. It also shows that the intersection zone between the FW and HW veins is an attractive exploration target to follow up and down dip as they could define a small, but high-grade ore-shoot.

Posted by The Angry Geologist at 5:41 PM