While I was putting together the data on the Lone Mountain Project, i noticed something quite interesting.

If you are a Canadian Company exploring in the US, please make sure you understand the quirky mining laws and protect your assets. 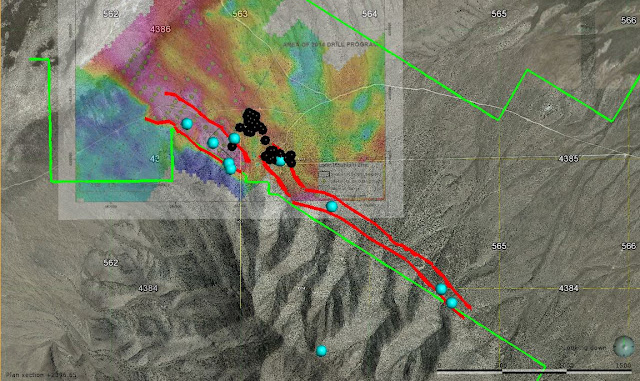 
You will notice that to the bottom right of the image you can see the red lines starting to leave NZ's property. You also see the some to the SW of their drilling. 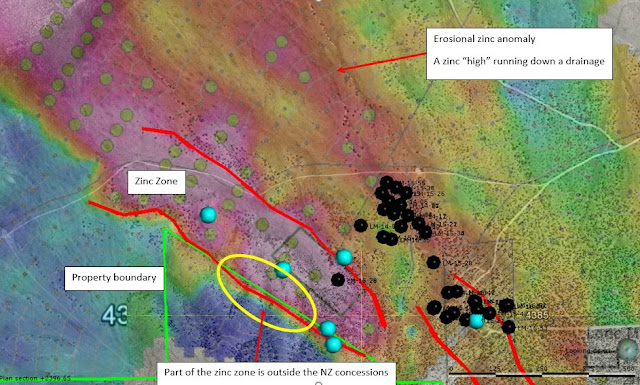 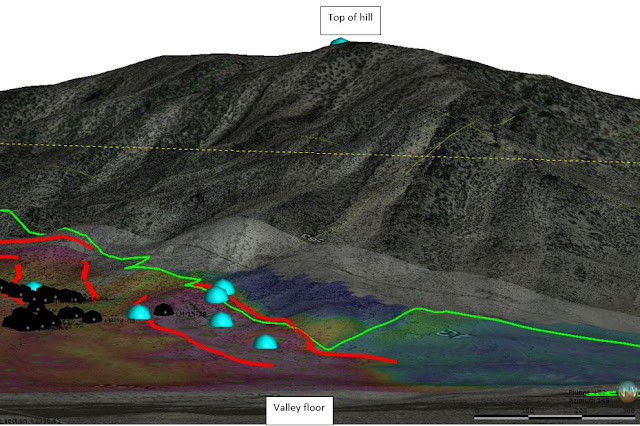 You are probably thinking, what is that retarded geologist thinking. Well my friends, in this case I'm not the retarded one. It is actually a 'feature' in the General Mining Act of 1872 (link). Specifically the "Law of Apex" that gave extra lateral rights to owners of lode claims that gave the owners of the surface outcrop (the exact language is "the highest point of economic mineralization") of a vein (or mineralized body) wherever it led, even if its subsurface extension continued beneath other mining claims.

This means that is you owned the top of the mineralized zone, even with 1 concession, you owned the entire deposit. Here is an example, the Montanore project in Montana, a crap silver project in the US and therefore inevitably owned by Hecla Mining. 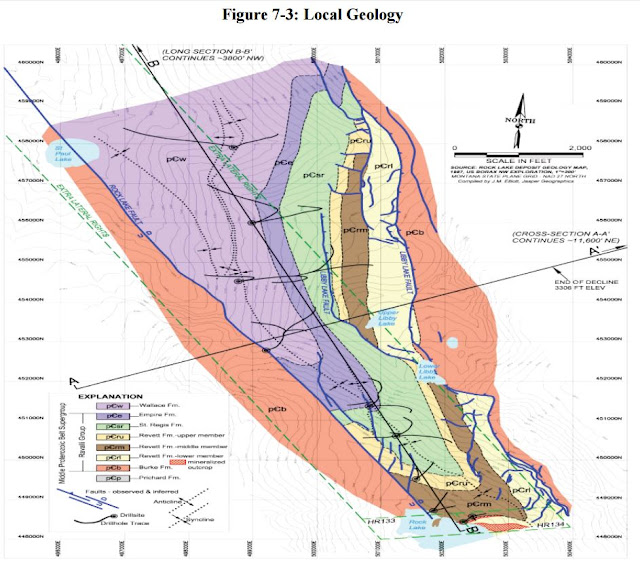 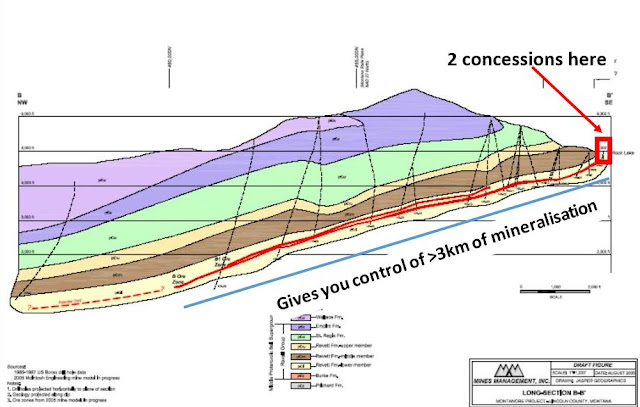 This also means that the "Apex" can move over time (especially in poly-metallic deposits) as the prices for different metals go up and down.

You would expect expect a company would be very careful and protect their primary asset, and imaging what would happen if someone went to Lone Mountain and put a few claims over the areas where the zinc mineralization outcrops up slope from Nevada Zinc's drill-hole (they would need to take a sample that contained 'economic' zinc values). They could legally claim that they own the entire deposit.

Nevada could be nice this time of the year.....

Posted by The Angry Geologist at 9:12 PM