Archaeologists near Stewart, BC have discovered what is believed to be the missing front cover of the Brucejack Feasibility study.


If genuine it belongs at the beginning and is believed to have read "To my darling Daniela. All figures portrayed within this report are fictitious and any resemblance to the truth is purely coincidental"*

Why don't we state the obvious:


The nice thing about Brucejack is that we can compare the actual production figures against Tetra tech's feasibility study.

Here are the projected gold and silver projections: 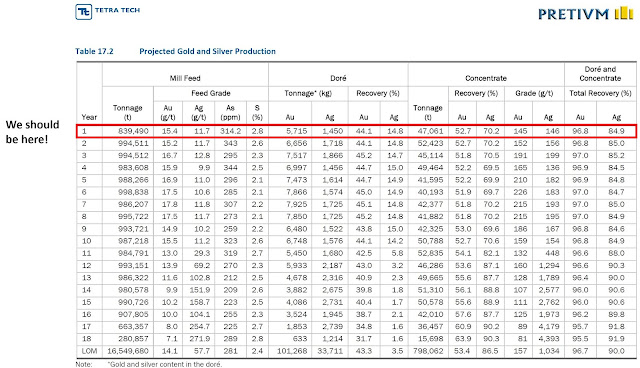 
What does that mean?

Simply, Pretium will be receiving much less revenues from Brucejack than original calculated by: