The hardest thing in exploration is finding mineralization, once you've found it, that is the hard part done and all you have to do is keep drilling to find how big it is, by drilling a little further away from the "discovery hole" with each drill-hole.

However, there is the another approach. Once you've found the mineralization, just keep drilling the same area time and time again. I'm going to call this the "Poliquin" method after the stunning drilling program at El Cobre.

Let's look at the drilling over time....

Some great results....
from the same areas they were drilling in 2016

More great results....
In exactly the same place. maybe they should move the rig?

Seasonal variation, drilling from south to north. Why didn't I think of that! 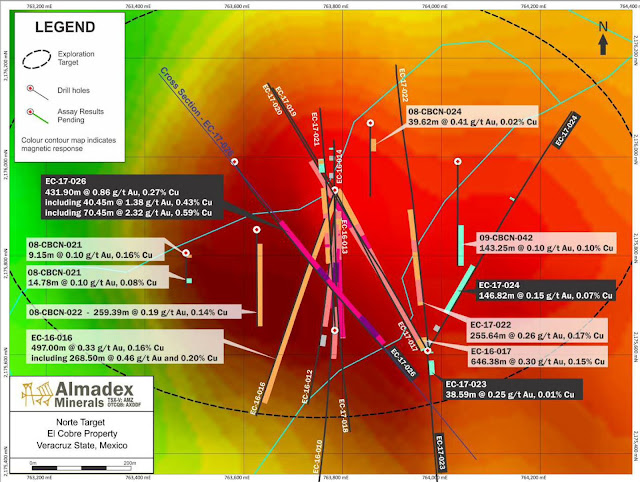 
But look, that section looks virginal.
I'm guessing it would have been hard to get all the drill-holes on it. 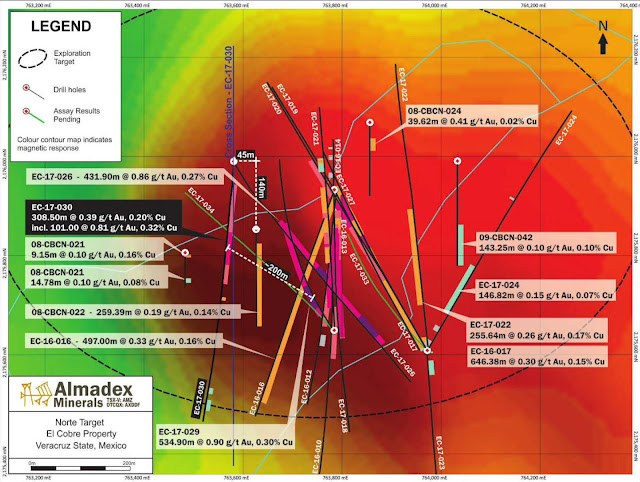 
So all we are missing are the holes that will be drilled from East to West and from West to East, like this....

I wonder if I have ruined Almadex's 2018 El Cobre drill program?

Why break a winning formula, Almadex is doing the same elsewhere - here is El Porvenir. 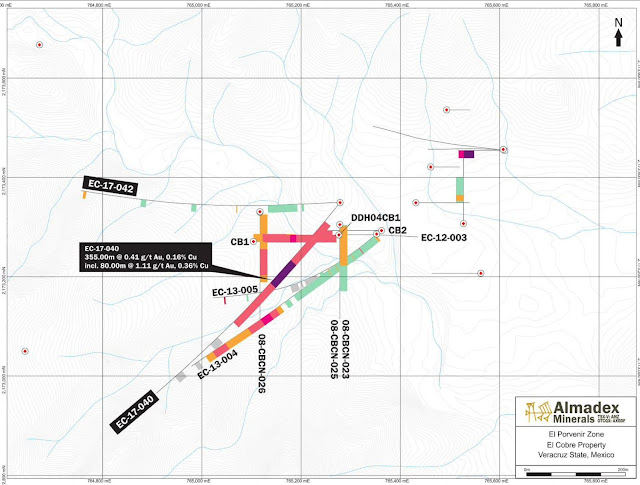 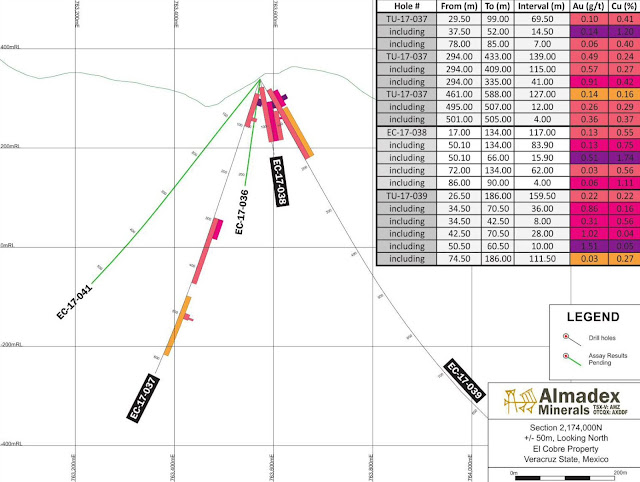 It is so nice that Almadex are minimizing the surface impact from drilling by carefully recycling their drill-pads. Personally, I'm going to vote for them in the "most holes from a single platform" award category at the PDAC this year, and as a show of solidarity,  I'm going to show my support by using less toilet paper to wipe my arse.

Why is this a problem? Almadex can keep pumping out great press releases every month, but like the boy who cried wolf, they'll eventually have to do a resource calculation that will show that El Cobre is a Wonderbra project, where lots and lots of well-(metal) endowed drill-holes will produce a resource that is a lot smaller than expected.

Posted by The Angry Geologist at 6:07 PM